Imagine the world-renowned grandeur of the Sydney Opera House Concert Hall, an audience of 2,700 people, a full orchestra seated on stage, ready to perform their selection, and a very small group of young students lit only by a large spotlight. As their voices join in harmony, there is an eerie hush and it is impossible to describe the atmosphere as the entire audience hangs on every sweet note. 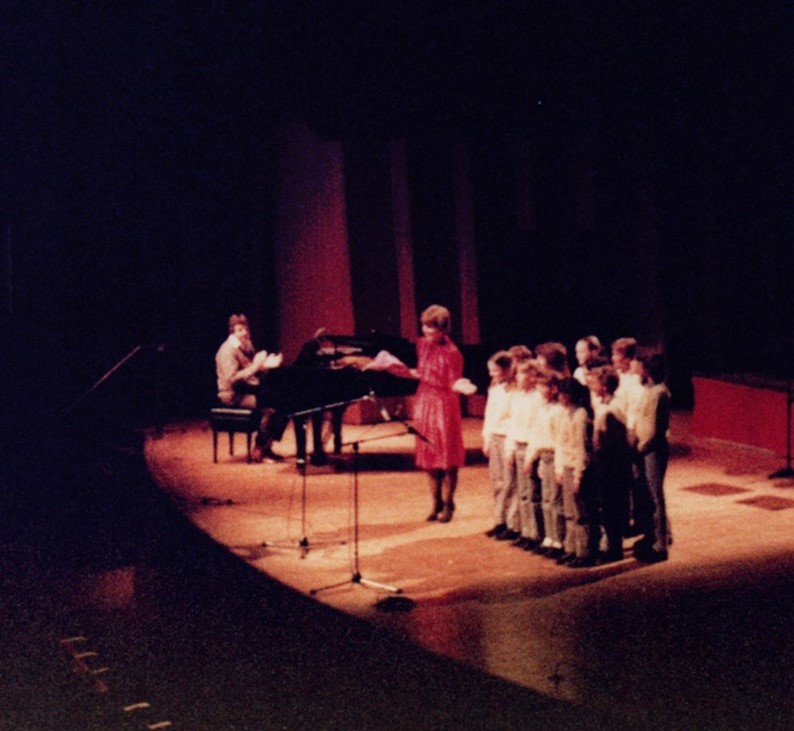 In July, 1984, the Riverstone Primary Vocal Ensemble, under the direction of teacher, Mary Gillespie, gave their memorable performance at the Sydney Opera House, as part of the NSW Education Department, Festival of Instrumental Music. This prestigious event was the forerunner to the School’s Spectacular and there was a long and arduous audition process. The Vocal Ensemble successfully negotiated this, as one of only 3 primary schools in the state to do so. On the night, we performed two items, but we certainly stole the show. There were only two small microphones and our accompaniment was provided by a single grand piano. Still, the performance was magical, particularly the solo by Vanessa Pohl, whose bell like voice rang throughout the whole Concert Hall. Even today I get goosebumps remembering the moment.

Following our rehearsal earlier in the week, we hired a bus to take the Ensemble and all the family members, to the actual concert. We set off with great excitement and lots of hilarity. I don’t know how the students were able to sing after they had chatted so much on the way. The bus was supposed to ensure that we all arrived relaxed and comfortable. In reality, it was Mary’s way of making sure everyone arrived on time and dressed in their newly redesigned uniform!

The Vocal Ensemble made numerous performances prior to and after their Opera House performance. There were performances for elderly local residents groups, the “Super Citizens”, as they liked to be called, awards at the Local Hawkesbury District Eisteddfod, guest appearances at the St Paul’s Church of England (Riverstone) Centenary Luncheon and a very special celebration at Wentworth Falls, celebrating the 100th Birthday of an ex, Riverstone Primary, teacher. We also regularly performed at school events, such as assemblies or concerts. (Newspaper clippings of these events can be found in the Riverstone Historical Society archives.)

The most exciting of our “after performances” was the invitation from the Department of Education to use their professional recording studio, to make a “tape” (the now superseded means of permanently recording music). It was 13 very excited young students and a very excited young teacher, who piled into cars and headed to the studio. After lots of hard work and a few outtakes, we produced our very own professional recording, although to date it has not been released on the charts or on iTunes!

Reluctantly, I said goodbye to this special group of students, who had achieved so much in a short twelve months. They practiced hard and long in their own time after school, and with minimal complaints and lots of laughter. As they set off to High School, I know they carried memories of their performances with them.

The following year, we formed another vocal Ensemble and also added percussion this time. Although this new group of students did many local performances, they were not selected to perform as an individual act at the Instrumental Festival and had to content themselves with being part of the massed choir. This was still an honour and a great experience and also gave us the authority to say “We’ve performed at the Sydney Opera House, have you?” 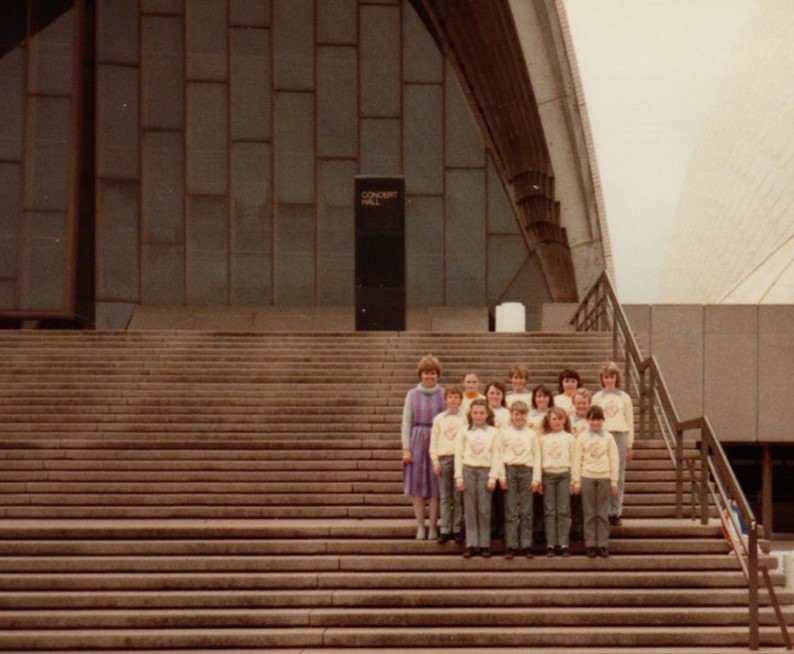