The rooms which make up the Museum were constructed over many years. The original building started life as the Riverstone Public School. Construction commenced in 1882 and the school opened to students in January 1883.

The initial building consisted of a school room and a two roomed teacher’s residence. The following sketch from an 1880s Boyd and Kings Grantham Estate sale booklet, provides some idea of what the original school looked like at the time.

As soon as it opened, the school was found to be too small. Built for 42 students, within six months the enrolment climbed to 75. To alleviate the overcrowding problem, a two-roomed weather shed was constructed in the grounds and was used as a classroom.

Attendances continued to grow and accommodation became tighter. In 1887, a schoolroom measuring 36 x 17 x 11 ft, along with a classroom for an infants class, measuring 16 x 12 x 11ft, were added. These two rooms now form the main hall of the Museum. The teacher’s residence was expanded into the original schoolroom as the two roomed residence had never been big enough for a teacher, his wife and six children.

In 1893 another classroom was added to the back of the building, followed by another room in 1907. The newest classroom can be seen in the Charles Kerry photo below (c1907) with the paler coloured roof. These two rooms now form one long display room at the back of the Museum. 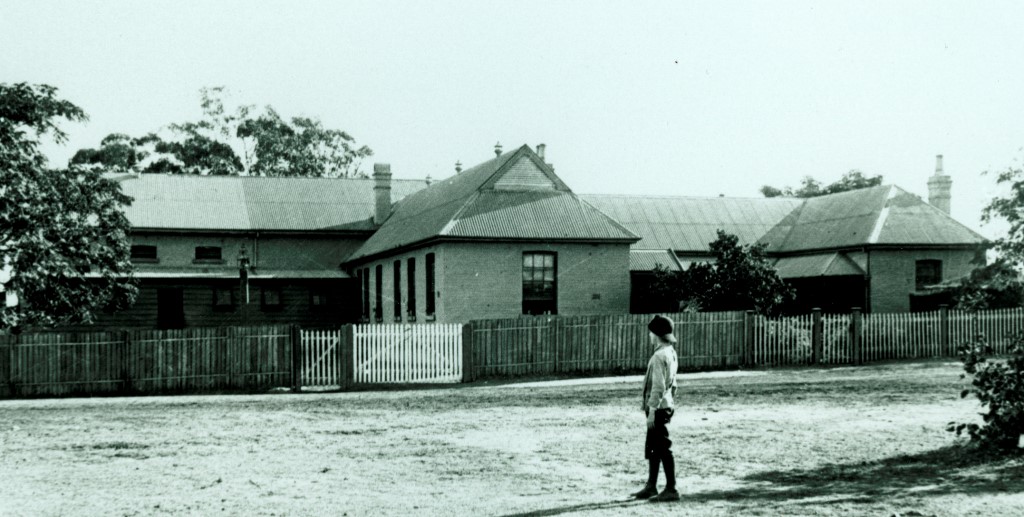 In 1913 renovations to the school saw the installation of a folding partition between the second schoolroom and the infants classroom. This allowed an adjustment to the internal size of both rooms. At the same time another window was added, along with additional vents and a heating stove. 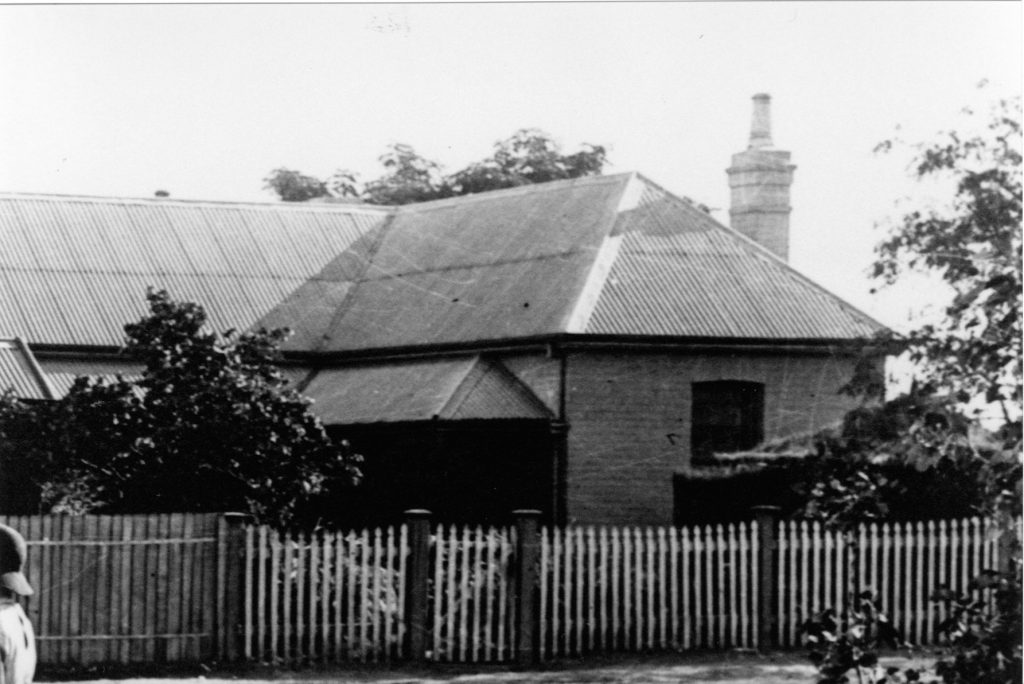 In 1914 the four rooms that had formed the original schoolroom and kitchen were changed into two rectangular spaces for a library and reading area and the two rooms comprising the original teacher’s residence became a long manual room housing a training room. 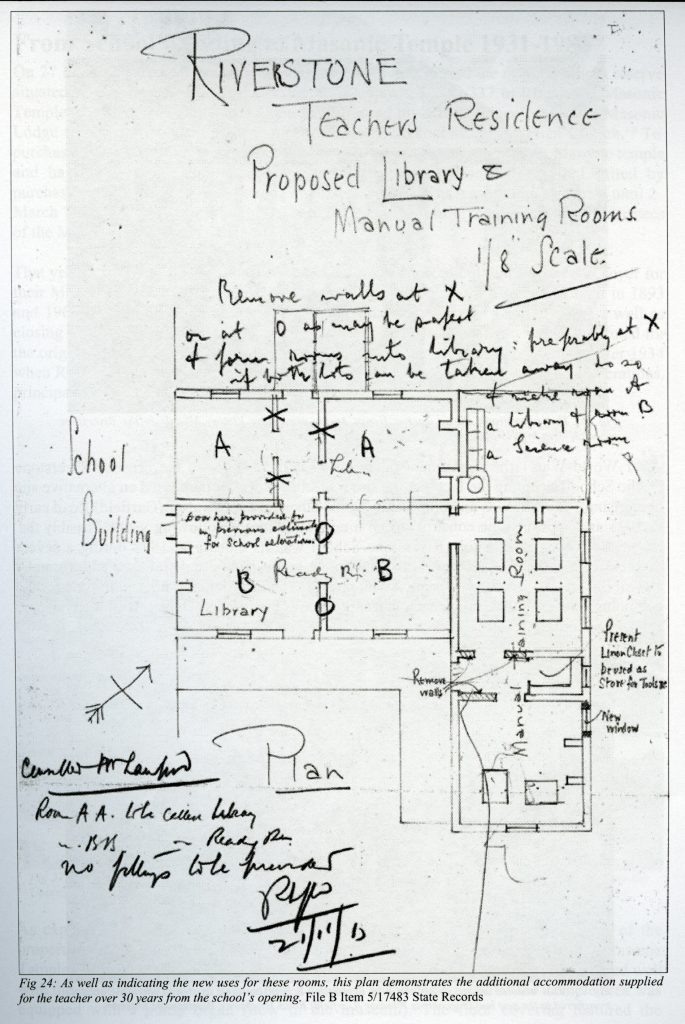 Sketch showing proposed 1914 alterations. Garfield Road would be at the bottom of the sketch. The rooms marked “B” shown behind the word Plan are now our entry room and library. The rooms shown as “Manual Training Room” were originally part of the teachers’ residence. Although the rooms have long been demolished, some of the foundations can be seen in the current driveway at the Museum.

In 1929 a new Public school opened on the corner of Garfield Road and Piccadilly Street and in 1931 the old school was sold to the Riverstone Masonic Temple Limited. The lodge arranged renovations to convert the former school into a Masonic Temple. 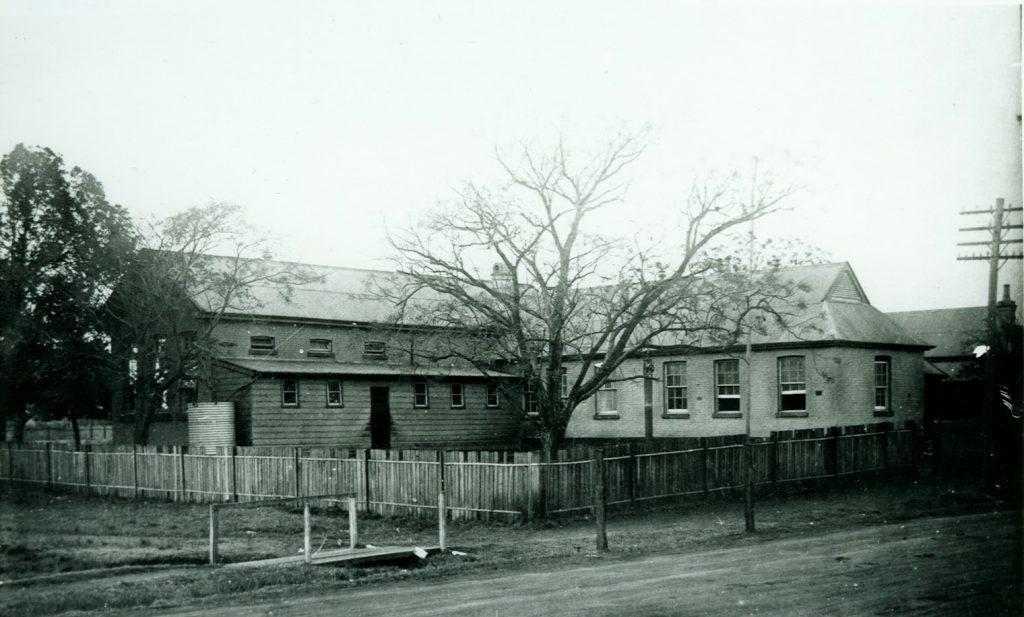 The long windows in the 1893 and 1907 classrooms (some of which can be seen on the left hand side of the photo above) were bricked up, leaving only high clerestory windows which remain to this day. The external door used by the teacher on the eastern end of the building was also bricked up. A new room was added at the front of these rooms to form an entry foyer to the Masonic Lodge. (It is this room that has the date 1932 on the front above the door.) The cloak room at the front still exists in part and inside the Museum you can still see the clothes hooks used by the students.

In 1987 the site was purchased by Blacktown Council. After significant renovations, the building opened in 1988 as the Blacktown and District Bicentennial Museum.

In 2002 during renovations, the foundations of the original teacher’s residence were uncovered. When you look at the small size of the rooms, shown below, you can’t imagine how they would have have housed two adults and six children. 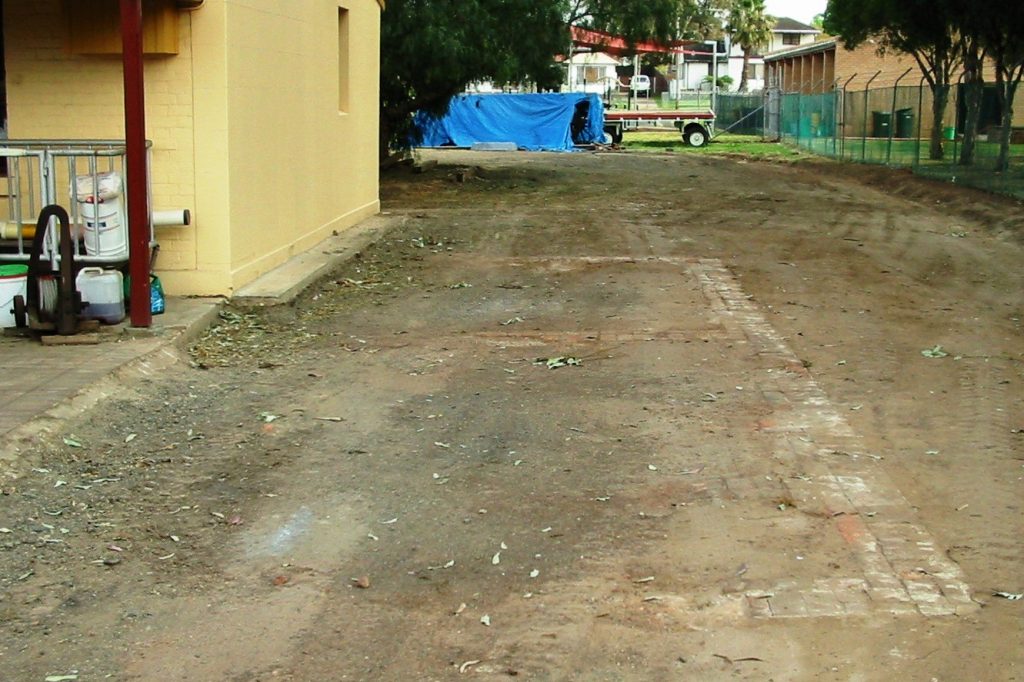 In 2009 a large two roomed display shed was constructed on the back half of the site. It was officially opened on the 7th of February 2010. 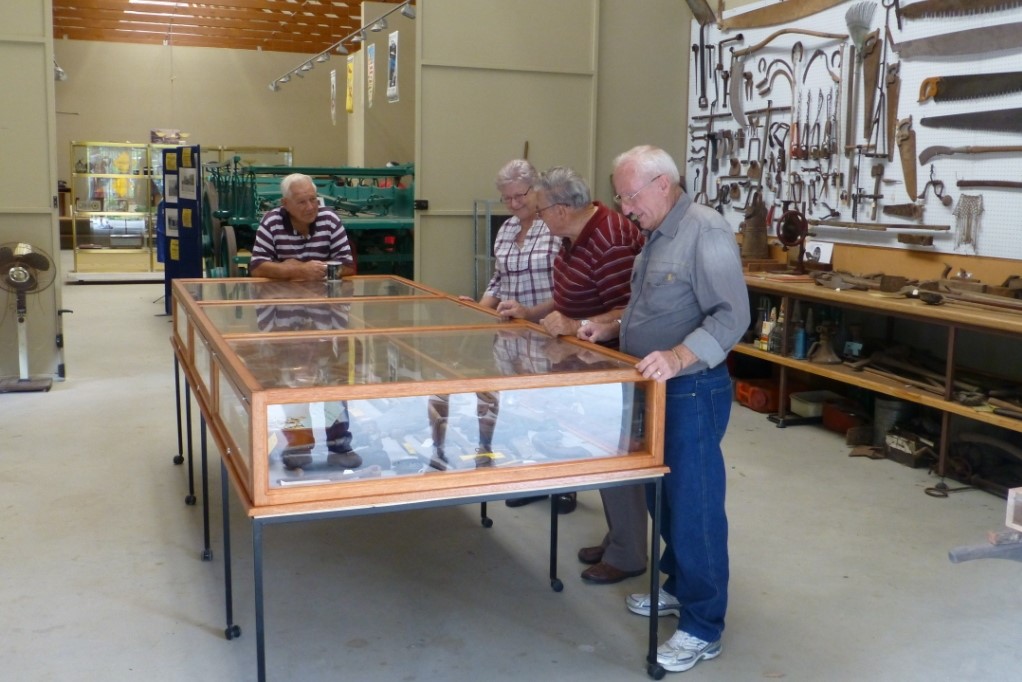 2013. Inside the new display shed. Kevin Lewis, Blanche Buchanan, Glenn Wood and Jim Buchanan admire our latest display case which was hand made by John Watton and Graham Britton. 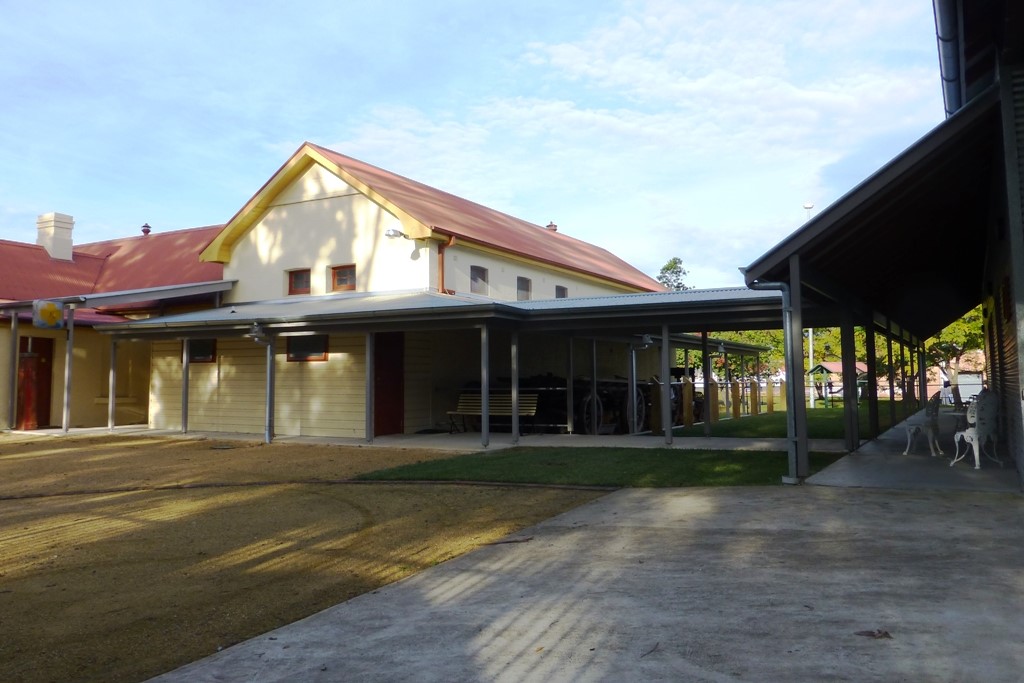